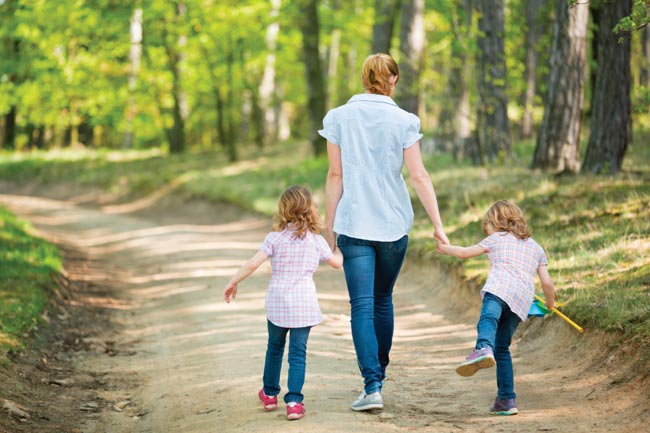 Helen Frisby, former Refuge manager at NDADA, explains the process of seeking shelter with Refuge, and tells the story of one of the many women and families she welcomes to safety – and a new beginning

Helen says, ‘I received a call today from social housing about a mother, Lisa* and her three children. Lisa had fled her family home because of domestic abuse.

‘There had been an incident the previous night in which her partner had assaulted her and tried to strangle her. He had been arrested, but Lisa was afraid to return home. Having put up with the abuse for 15 years, she feels she can’t take any more. While she has taken out restraining orders before, her abusive partner doesn’t respect the law and always breaches them.

‘After speaking to Lisa, the housing officer decided that she would benefit from the support that Refuge can offer, and suggested making the referral to us.

‘It’s good news that I had a family room available – I only have eight rooms at Refuge and only three equipped to take a family of this size. Lisa is on this occasion okay to go home and collect a few things as her partner is still in custody, but he is expected to be bailed later in the day, so we need to make a decision as soon as possible.

‘I speak to Lisa directly and complete a referral form with her – it’s important to speak to the client to understand that coming to Refuge is definitely what she wants. Refuge is the first important step, but it’s only one of many – I need to assess her risk level so we can plan for her safety.

‘Lisa and women in her position also need to be aware of how Refuge works. First and foremost it is a place of safety, but she will be sharing her room with her three children – aged 13, 11 and six – and she will share a bathroom and shower with other residents, along with the communal lounge area and kitchen. We provide a laundry room and have outside space, and provide a playroom at specific times during the week. We are a dry house and have zero tolerance on drug taking. We are a specialist Domestic Abuse Service and not a homelessness hostel, so the contract with the client is that they will engage in the support we offer to help them move on with their family.

‘As I speak with Lisa she is tearful – she’s exhausted after last night, her 13-year-old is giving her a hard time (what about her friends? She doesn’t want to change schools), the 11-year-old is crying, and the six-year-old has been quiet since last night, even though the children were safe in another room and didn’t see anything. I explain about the support available for the children with the Family Support Team, how we can help with schools and work with the children in a therapeutic way, through play and in one-to-one support sessions with activities to teach them safety skills and explore their own feelings and emotions. I also explain to Lisa how she can speak to a women’s support worker about access to practical help with housing, finances, legal support and other personal issues as well as emotional support and counselling.

‘After our conversation, Lisa decides that she does need to be away with the children, and accepts the place she is offered at Refuge. I ask her how she is going to travel to us, and she says she has a friend who can give her a lift. However, her friend is male, so I explain that no men are allowed in Refuge (unless professionals, and then only during office hours). As an alternative, we arrange to meet Lisa and her children at a neutral place and bring them in.

‘When they arrive, we give them a tour of Refuge and introduce them to the other residents. We show them to their room and give mum an introductory pack and a toiletry set, plus a soft toy to each of the children as a welcome. This is mainly about familiarising the family with the new surroundings and helping them get used to being here – there is time for the work to start now that they are safe.

‘Refuge is about being safe, but more than that it is a place to recover and heal in a non-judgemental, nurturing environment.’