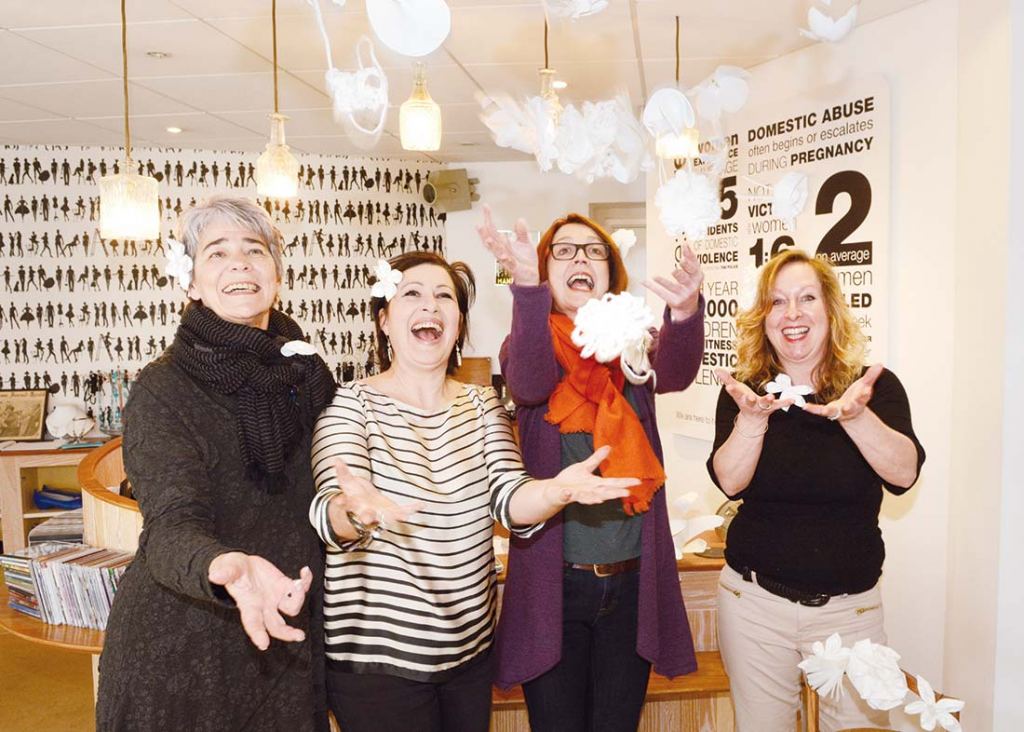 After years of crisis management to keep the refuge going, the team at North Devon Against Domestic Abuse is celebrating...

After years of crisis management to keep the refuge going, the team at North Devon Against Domestic Abuse is celebrating winning a generous pot of funding from the Big Lottery. CEO Sue Wallis explains what it means for north Devon This is a great leap forward,’ smiles Sue, of NDADA’s receipt of £670,000 worth of funding (over five years) from the Big Lottery Women and Girls fund. ‘It means we have some security as an organisation and can implement some exciting plans to work with many more people over the next five years, including children who will learn that life can be different.’
Sue and NDADA’s financial administrator sat together for days putting together the bid and creating a very detailed budget (for which they were especially commended) in order to access the £48m fund to support the empowerment of women and girls.

‘It’s not necessarily around domestic violence,’ says Sue, ‘but the Lottery was particularly interested in female-led organisations where there is a lot of input from the service users, as well as an opportunity to expand the voice of young women.

‘This is a one-off fund which was released as a result of the outcry after the government withdrew a massive amount of funding last year. The Big Lottery asked organisations to make an application for up to £750,00 over three or five years, or – for larger, strategic projects with a national focus – between £2-5m.’

The CEO of the groundbreaking charity is riding a wave of positivity and enthusiasm after the win, which is shared by the entire NDADA team, saying: ‘this is a real recognition of success, especially for the members of staff who are working on the front line delivering the service. They can often feel very detached from the public face of the organisation.’

Big plans for the funding include a new re:store upcycle bus which will take the charity’s clothes shops (currently in Barnstaple and Bideford) out to rural areas of the community, where information and access to help around domestic violence issues will be available alongside funky clothing and accessories.

‘The bus is an exciting bit of the project and holds opportunities we don’t even know about yet,’ says Sue.
‘Another benefit is that we’ll be able to expand our work helping people with complex needs, including mental health issues and substance and alcohol abuse. The project funding is going to allow us to have a specialist member of staff where previously we’ve had to rely on external agencies from a health service that’s pushed in the extreme. We’ve not always been able to act as quickly as we need to and it’s been a huge issue for us for a long time.

‘We also know that we are going to be able to learn a lot from this,’ says Sue. ‘The Lottery is very interested to understand what is best practice, so the people who have received funding have an obligation to share information about what we learn with the wider community, which is a very positive move. As an organisation we feel very supported by the funders, which is unusual. The only place we usually get that is from Lloyds Foundation, who we have worked with for a long time.’

It may look like everything’s rosy for NDADA right now, but Sue is keen to say, ‘we can’t give people the impression that we don’t need additional income, as that’s not the case. We need to continue to fundraise and work with individuals and businesses to keep NDADA and the
refuge open.’